This year Chinese New Year falls on February 12th. Chinese Year 2021 is the year of 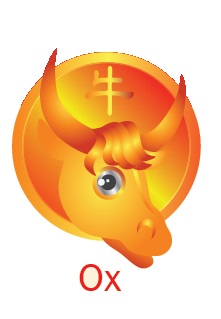 To observe the celebrations of the Chinese New Year is a great chance to experience the traditional folk customs in China and many Chinese communities all over the world. Chinese New Year, also called the Spring Festival, has more than 4,000 years of history. It is the most important festival for the Chinese people. It is also a time for whole families to get together, which is similar to Christmas Day in our countries. It celebrates family reunions and anticipates the advent2of spring and flowers blossoming. People from different regions and different ethnic groups celebrate it in their unique ways.

It is said that the custom of Chinese New Year started when people offered sacrifices3to ancestors in the last month of the lunar calendar. At that time, people prepared for the sacrifice by doing a thorough cleaning, having baths, and so on. It was the time that almost all the farm work was done and people had some free time. It was also the time when spring was coming, so people held all kinds of ceremonies to welcome it. There are many legends about the Spring Festival. In folk culture, it is also called “passing a nian” (year). It is said that the “nian” was a strong monster that was fierce4 and cruel5 and ate one kind of animal including a human. Human beings were scared and had to hide in the evening, when the “nian” came out. Later, people found that the “nian” was very scared of the colour red and fireworks. So after that, people used the colour red and fireworks or firecrackers to drive away the “nian”.

As a result, that custom is still observed. Food during this happy event has its own characteristics. Dumplings and a reunion dinner are indispensable6 at this time. Cold and hot dishes are served. Fish is always an important dish, as it expresses people’s hopes of having a wealthy year.