Communication is usually a two-way process defined as an “interchange of thoughts, opinions, or information by speech, writing, or signs”. Language can be defined as the development of a basic form of communication between human beings in a society. And just as it is the basic form, it is also the most developed. We cannot communicate in any real sense without language, other than through gestures; we do communicate through some non-verbal forms like the visual arts – painting and sculpture – and through dance, but the culmination of true, articulate communication is through language. It can take a number of forms, of course. It can be plain and simple, workaday prose, it can be poetry, it can be drama; but all of these are forms of language, written, spoken and read. At birth, babies have vocal cords, which produce sounds. As a child grows it learns how to change these sounds into words. Some words are imitative of natural sounds, but others may come from expressions of emotion, such as laughter or crying. Words alone have no meaning. Only people can put meaning into words. As meaning is assigned to words, language develops, which leads to the development of speaking. Speaking and writing are two forms of communication. Speaking or verbal communication is more or less spontaneous and can be accompanied by a demonstration of the process. It is a direct form of communication when participants communicate, usually face to face, and it allows the speaker or the listener to interact in real time. They can, for example, ask questions if some parts of their conversation do not make sense. In verbal communication we use stress, different tones and the intonation of the voice to express the various emotions of the speakers. Spoken language can also include laughter, sighs, long expressive pauses and fillers (such as actually, right, you know, etc.) as well as hesitation words (well, uhm).

Speaking can be looked at in two major areas: interpersonal and public speaking. Since most speaking is an interpersonal process, to communicate effectively we must also learn how to relate to people. In interpersonal speaking, etiquette is very important. To be an effective communicator one must speak in a manner that is not offensive to the receiver.

Body language, facial expressions, eye contact and gestures help us subconsciously convey information. Our bodies are constantly talking for us and reveal our feelings and moods. This is so-called nonverbal communication, and it helps us to explain messages. We have to be careful when using non-verbal communication because some symbols can be  different in various cultures. For example the “thumbs up“ sign in England is a positive sign of success, whereas in Australia it is a rather rude and insulting gesture. Written communication requires more thought and planning, and is often expressed in rather more formal terms; the ideas are

more structured and better organised, and they require correct grammar. Written words can be re-read several times which will aid in understanding them. Written communication is a one-way process, and the reader is not usually able to make immediate reference to the writer to ask for more explanations; therefore, the content of a text should be very clear. Written language may not allow the reader to fully appreciate the feelings and attitudes of the writer first hand, as the spoken word does.

During the last couple of decades, there have been many developments in a particular type of communication called “digital communication”, or data transmission via computers. Thanks to digital communication a global system of interconnected computer networks has been established. It is known as the Internet. The Internet carries vast amount of information, mainly the World Wide Web and electronic mail. The World Wide Web is a global set of information stored on servers and databases that are connected to the Internet. Thanks to this network millions of people are able to access information and communicate with people from all over the world. The world is full of languages. Nowadays it is a must to be able to speak at least one foreign language. Learning and knowing foreign languages brings opportunities and makes our lives easier and more exciting. People are able to get to know many new places, new people, read foreign newspapers and books in their original language, and understand TV programmes and movies. A person competent in other languages can bridge the gap between cultures, contribute to international diplomacy and successfully engage in international trade. 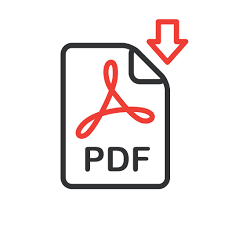 Communication and its forms.pdf