Fashion does not seem to be a widely popular topic, especially among boys. Somehow we find it natural for ladies to love discussing the matter of clothes and shopping. However, it’s not as simple as that. Even though the way one dresses seems to be more important to the female part of the population, clothes play a significant role in human life, regardless of gender1. Whether you like it or not, people make clothes and clothes make people.

People make clothes
Even if you aren’t a fan of fashion shows and even if trying on countless amounts of various items in clothes shops isn’t a hobby of yours, you would probably agree that clothing is necessary. It keeps the human body warm and covers what isn’t meant to be seen in public.
Apart from its practical purpose, clothing also has an aesthetic value. It can add to the appearance of a person. Statistically, appearances form one’s first impressions of people, and first impressions make up ninety-five percent of our opinion of other human beings. Now we might argue about how unfair that is, but we can’t do much about human psychology, can we? 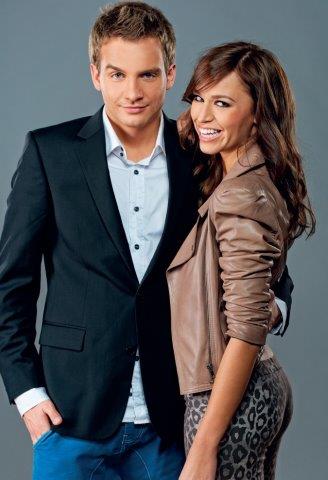 Clothes make people
And this is the perspective all fashion designers benefit from2. Clothes can make you look attractive. They are able to hide one’s defects and emphasize one’s advantages. This is where all good fashion tips such as not wearing horizontal stripes when you are plump3 come in handy.
Clothes can indicate a person’s social status too. Quality materials and made-to-measure items suggest that the owner is well-off .
Worn-out shoes and clothes may lead to the conclusion that the person is either hard up4 or doesn’t care much about what he or she is wearing. And that takes us to another function of clothing: it is even able to reveal something about the person’s character, qualities and beliefs.
Bright colours and big patterns usually indicate an outgoing personality or a wish to attract other people’s attention. Scruffy5 and dirty clothes give the impression of a careless6 and lazy personality. Wearing jeans and a T-shirt on an occasion of social importance means the person iseither ignorant or rude (or both). Various subcultures are demonstrated by a special dress code, so you can recognize their followers quite easily without knowing them personally.
Strangely enough, we usually notice and process the things mentioned above quite subconsciously. However, there are situations in which people willingly evaluate each other by what they wear. In almost all cases it is mean7 and unfair and causes a lot of trouble. Think about school bullying8!

Clothes and young people
School is a microworld with special groups of individuals forced to sometimes spend whole years together. Moreover, these individuals are kids or adolescents, whose top priority is to find their place in this world and whose top ambition is to be accepted and liked. In fact they often measure their own value by their success among their peers9. They compare themselves to others and are extremely sensitive about what others think of them.
It is then very tempting10 to increase their own popularity by humiliating11 someone else. Mocking and bullying those who somehow don’t “fit in” is the only logical result of the process. In this world, which is preoccupied by material things, there is nothing easier than to build your confi dence on what you have, how you look and what you can afford. Brand-name and trendy clothes then become a measure of who is “cool” and “in.”
On the other hand, there are kids (and in fact, they are a majority), who simply can’t afford to follow the latest fashion with popular labels. However, they feel the pressure and try to keep up12. It is very difficult for both their parents and the kids. Try to explain to a young person that what you wear it is not important but who you are if he or she is bullied at school for what he or she looks like! Such a condition can trigger13 some serious mental problems, including depression and eating disorders.
It is very difficult to say what should be done to stop this cruel behaviour or who is responsible in the first place. It is said that we are what we wear. On the other hand, the impression clothing makes can be quite misleading, and judging only by appearances is wrong.

Stop to think:
Do you agree with the following statements? Explain.
1) You are what you wear.
2) It doesn’t matter what you look like but what you are like.
3) Judging by first impressions is wrong.
How much is the way you dress influenced by what others think?
What would you wear in the following situations? What would you never wear?
1) a school trip
2) a rock concert
3) Grandma’s birthday
4) the theatre
5) the beach
What would you do to stop school bullying based on appearance and clothes? Discuss in pairs and then share your ideas with the rest of the class.