FUN WITH WILLIAM SHAKESPEARE (1564-1616)
Let’s make it clear at the beginning. You can’t have FUN with Shakespeare. At least not the sort of fun you probably expect. Shakespeare is simply not funny according to today’s standards. Even his comedies will not make you roll on the floor. However, it doesn’t mean there’s no fun stuff at all. Let’s enjoy the language, for example!
Did you know that the English language improved a lot thanks to William Shakespeare? Some linguists believe that there are as many as 1700 words that entered the English language through this venerated1 writer. He either invented a new expression or used an existing word in a new context or grammatical form. Both ways have turned out to be successful in his case. Next time you come across2 the following English words as we understand them today, thank William Shakespeare….

NOW IT’S YOUR TURN.
Try to find the newly invented
expression in the following verses.
Don’t feel frustrated if you don’t
understand all the words (very few
people do…)!

(A)
If it were done when ‘tis done, then ‘twere well It were done quickly: if the assassination Could trammel up the consequence, and catch With surcease success; that but this blow Might be the be-all and the end-all here… (Macbeth)

(B)
My birth-place hate I, and my love’s upon This enemy town. I’ll enter: if he slay me, He does fair justice; if he give me away, I’ll do his country service. (Coriolanus)

(C)
A plague upon your epileptic visage! Smile you my speeches, as I were a fool? Goose, if I had you upon Sarum plain, I’ld drive ye cackling home to Camelot. (King Lear)

AND THERE’S MORE.
Not only did Shakespeare invent new expressions for us, but he is responsible for whole phrases as well! Check the meaning of the following and then explain or use them in your own sentences. 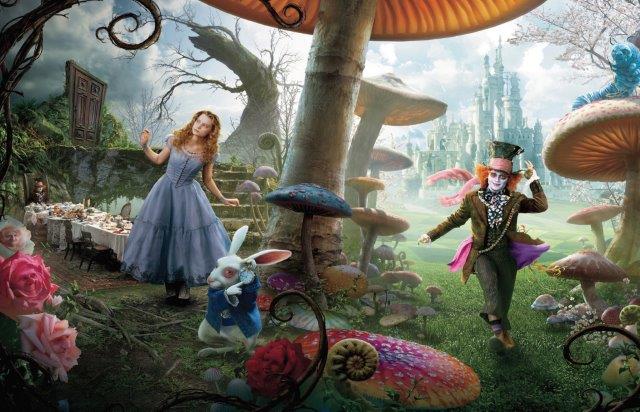 FUN WITH LEWIS CARROLL (1832-1898)
Let’s skip3 a few centuries now to meet another famous English writer. You probably remember him for Alice’s Adventures in Wonderland. However, in its sequel4, Through the Looking- Glass, there’s a wonderful poem which plays with new words as well. Shakespeare invented some new meaningful words that are used today. On the other hand, Carroll invented nonsense words which sound great, and surprisingly, it is quite easy to guess what they represent. Read two verses of Jabberwocky to see what we mean:
‘Twas brillig, and the slithy toves Did gyre and gimble in the wabe; All mimsy were the borogoves, And the mome raths outgrabe.

“Beware the Jabberwock, my son!
The jaws that bite, the claws that catch! Beware the Jubjub bird, and shun The frumious Bandersnatch!”

ACTIVITIES:
The highlighted words don’t exist in the English language. However, can you guess which of them is supposed to mean:
1) early in the morning
2) a dangerous animal
3) a kind of place

If you are interested in reading the whole poem with possible explanations, go to: http://www.alice-in-wonderland.net/ resources/analysis/poem-origins /jabberwocky