This week TV news showed a 90 year old former actor William Shatner laughing and joking after an amazing space flight in the New Shephard spacecraft.  The spacecraft is owned by billionaire Jeff Bezos’s private space company Blue Origin.  So why has this attracted so much attention?

Firstly Shatner has become the oldest person ever to travel to space. But more importantly Shatner featured in the fictional 1960’s Star Trek TV series and films, in which he played Captain T Kirk of the USS Enterprise.  So for Shatner fiction became fact after nearly 70 years, although the flight only lasted around 10 minutes. The space craft went just beyond the Karman line – the most widely recognised boundary of space which lies about 100km (60 miles) above the Earth. This enabled those on board to experience a short period of weightlessness and to see the curvature of the earth through the craft’s big windows.

Following the flight William Shatner said that everybody in the world needs to do this. “It was unbelievable”.  He went on to say that he was so filled with emotion about what had just happened that he hoped never to recover from this. 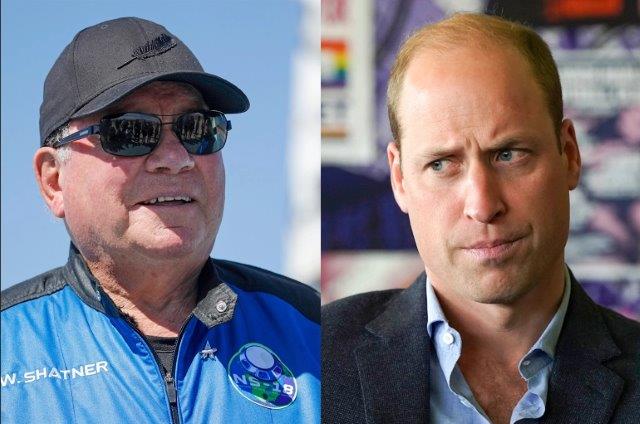 However some have criticised so called space tourism.  Even Prince William chipped in saying that instead of focusing on space tourism billionaires should be investing more time and money in saving Earth.  He also expressed concerns over the environmental impact of space tourism, adding that there was a “fundamental question” over the carbon cost of space flights.

So what do you think of the Star Trek actor’s space mission?  Do you agree with Prince William?