Students at several middle schools in Washington, D.C., have an unusual incentive1 to get good grades. They are being paid! An economics professor from Harvard University came up with the idea. He hopes he will be able to scientifically evaluate how well cash and other rewards motivate students.
Under the program, teachers award students points for their schoolwork, behaviour, and attendance. Students can earn as much as $200 a month.
“It’s good because every two weeks you get paid and put money in the bank,” a ninth-grader from Washington, D.C., says. Critics are skeptical. “Once kids become accustomed to this, they become dependent,” a psychologist says.
“They’ll get used to financial awards and will require money for everything they do.”

Read both sides of the debate and decide:

Yes. “I think it is good because it gives students an incentive to work harder, and if
they work harder, they have a better chance to succeed,” says a 12-year-old boy from Wisconsin.

No. A 12-year-old girl from Rhode Island says “no.” “The way it’s supposed to be is
that students earn good grades to get into college,” she says. “Paying for grades is like bargaining2 with kids. They might expect it all the time.”
Ariel, a 12-year-old school girl also disagrees. “It teaches kids bad values—like money is the key to success,” she says. A New York City schoolboy would prefer that kids “feel good about their achievement” rather than caring “just about getting money.”

Some schools in the United States are open only four days a week. They want to save money. Is a four-day school week a good idea? 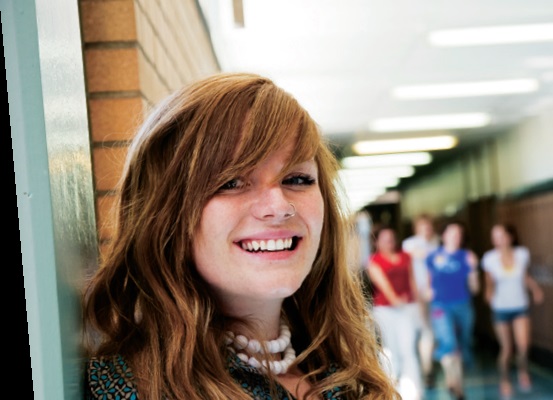 You’re not in trouble. It’s just a normal Friday. These days, everyone is trying to save money— even schools. Some schools in Oregon, South Dakota, and other states will have a shorter week this fall. If they don’t use classrooms or buses on Fridays, they can save on electricity, heating, and gasoline. Some schools around the United States already have four-day weeks. They make up the class time with longer school days from Monday through Thursday. They say their students like having Fridays off to do homework. But many working parents say four-day weeks are a bad idea. They want their kids to be in a safe place with teachers around, not at home alone.

Read both sides of the debate and decide:

Yes. A four-day school week is a good idea. Here’s why: Schools need to save money. If they can save on gas and heating, they will be able to afford computers and sports programs. Having Fridays free would give teachers more time to plan exciting lessons. At some schools, the four-day week has led to better attendance.
Students can plan doctor appointments for Fridays. That way, they won’t miss class.

No. A four-day school week is not a good idea. Here’s why: Many students would be left alone on Fridays. They could get into trouble or get hurt. Longer school days would make students more tired at the end of the day. Teens can’t learn well when they’re tired. An extra day off might make it hard for students to get back to learning on Mondays.

Activities:
1. How do you feel about a four-day school week?
2. Would it be possible in our countries?
3. Lead a discussion using the “pros” and “cons” of this issue to support your opinion.