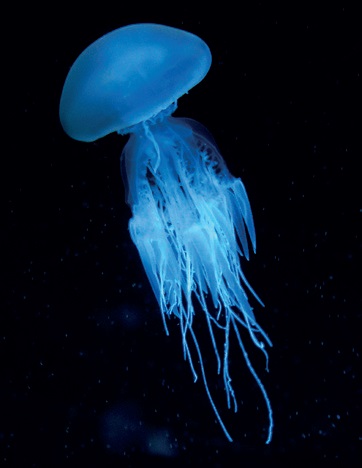 The box jellyfish. It’s lethal1 and beautiful at the same time. It looks relatively harmless2, but it can kill a healthy human within 2 -5 minutes. 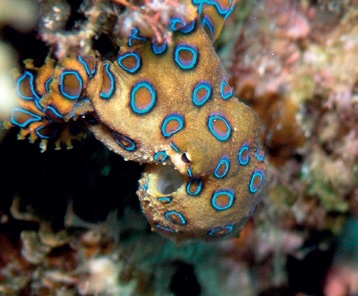 Another dangerous creature, the blue-ring octopus, is the subject of regular warnings to young Australian children, as again, like the jellyfish, it is supremely beautiful. It can camouflage itself3, and adapt to its surroundings. But it is also deadly and best avoided.

The common rabbit4 – accidently introduced in 1859, has wiped out one of the cutest creatures you will ever find, the bilby, from the rodent5 family.

One thing that is unique to the Southern Hemisphere, and Australia in particular, is the presence of marsupials6. The bilby is from this family, as is the koala, the kangaroo, possums7, bandicoots8 and many others. The key defining characteristic of a marsupial is that it carries its young in a small pouch9. The baby is then safe and easily transported.

My absolute favorite is the thorny devil. They can camouflage themselves with their surroundings and have extremely tough natural armor10 protecting them. 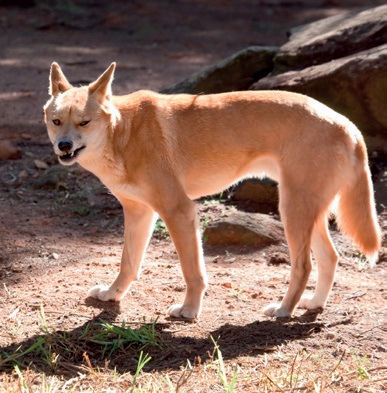 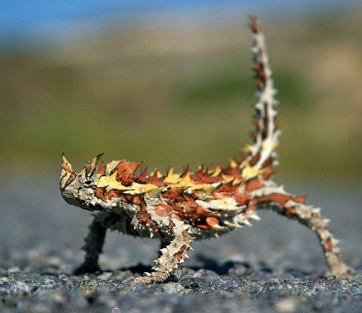 But one of the most important defense mechanisms is that it can make an opponent think its head is actually on the other side of its body. This false head can move independently and deter11 attackers. Despite all this armor, they only eat ants12. They also live in some of the harshest13 conditions in Australia.

Perhaps better known, the dingo is often considered to be an original species of Australia, but they were introduced about 4000 years ago.

They roam freely14 across Australia in search of food, which mostly consists of native animals, but also livestock15. Overall, Australia has a diverse range of creatures that keep the ecosystem of Australia going. We have cute, deadly, and endangered species all in one.